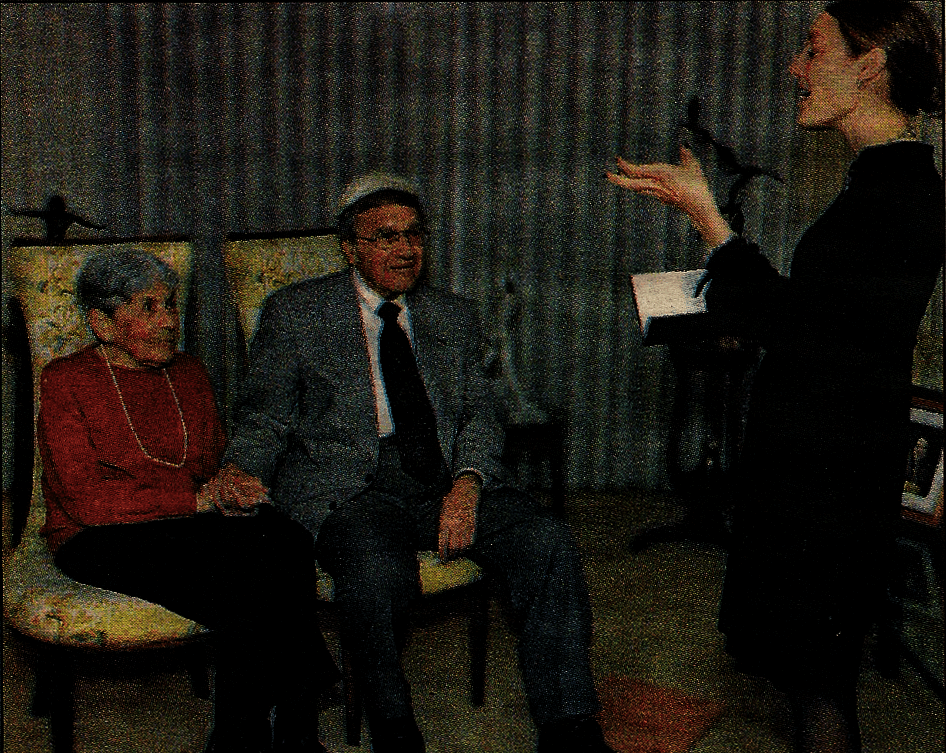 Goldie Roman and Ben Brown were married in Chicago by Ben’s father who was a rabbi in east Chicago, Indiana, At that time, with his marriage of Goldie and Ben, the youngest of four sons, he fulfilled the joy or performing the marriage ceremonies for all four.

Goldie and Ben were issued a Katuba, The Jewish equivalent of a marriage license.

Flash forward 64 1/2 years! Goldie and Ben decided to renew their vows! They were married (for the second time) by Rabbi Sadie Reuben.